Methods: This paper uses a new strategy to select the initial cluster center. It first calculates the minimum and maximum values of the data in a certain index (For lower-dimensional data, such as twodimensional data, features with larger variance, or the distance to the origin can be selected; for higher-dimensional data, PCA can be used to select the principal component with the largest variance), and then divides the range into equally-sized sub-ranges. Next adjust the sub-ranges based on the data distribution so that each sub-range contains as much data as possible. Finally, the mean value of the data in each sub-range is calculated and used as the initial clustering center.

Results: The theoretical analysis shows that although the time complexity of the initialization process is linear, the algorithm has the characteristics of the superlinear initialization method. This algorithm is applied to two-dimensional GPS data analysis and high-dimensional network attack detection. Experimental results show that this algorithm achieves high clustering performance and clustering speed. 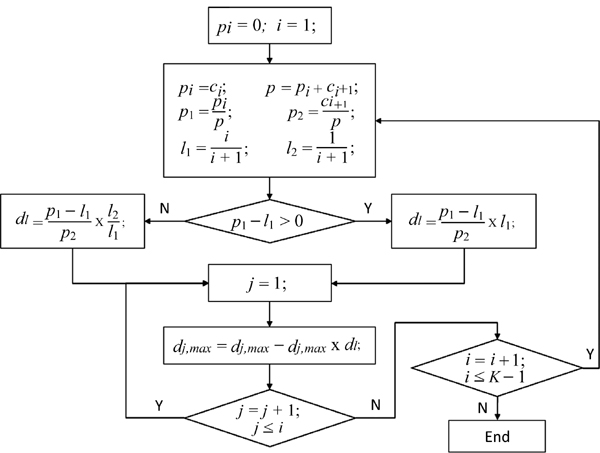