Background: When fire occurs, smoke spreads from the bottom of the building to the top through the stairwell, and spreads over the stairwell. This horizontal movement of high temperature smoke is dangerous because people can only reach the subway exit by stairs during the fire.

Methods: To control horizontal movement of the smoke, a novel fire smoke-free double-jet air curtain system (DJACS), which has been granted the Chinese Patent (Patent Number ZL201010580513.6) is invented and studied. Performance optimization and the validation of implementation effects are carried out via numerical simulation and visual experiments

Result: It is demonstrated that the smoke spread situation in stairwells is significantly different with or without using the blowing air curtain. 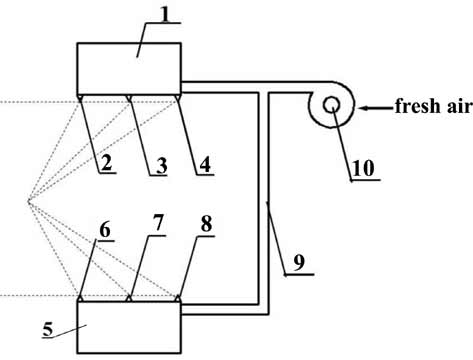